This project continued a theme that Lee has been exploring in the past several years, mixing performance and public participation with installation in her large-scale site-specific projects. She regards her performances as an extension of her installations into time and space and views herself an intermediary of a flowing continuum.

In Saṃsāra, Lee created a performance at the Arch plaza with a structured grouped installation in a linear configuration that consisted of over 300 cylindrical sculptures made of ramie cloths and thread. Viewers were then invited to take a piece of the work home, contributing to the slow disappearance of the installation throughout the day.

The performance and installation viewing took place from 12 pm to 4 pm, followed by the public participation session until 8 pm.

This interdisciplinary project is rooted in the artist’s investigation and study of expanding the ways in which everything in this world is connected in a perpetual circle of continuous flow. Saṃsāra is the cycle of birth, life, death, rebirth, or reincarnation within Hinduism, Buddhism, and most other Indian religions. Lee interprets this concept through her work in modern parlance using objects, places, people, and possessions, but stays true to the original meaning of the word which referred to a process of continuous pursuit or flow of life.

Saṃsāra was made possible in part with public funds from the Manhattan Community Arts Fund, supported by the New York City Department of Cultural Affairs in partnership with the City Council and administered by Lower Manhattan Cultural Council. 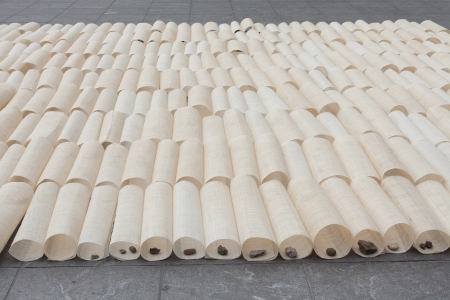 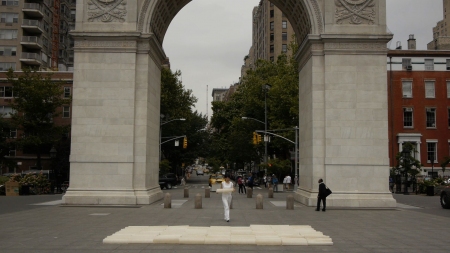